Karajia is a spectacular funerary site. It is located in the district of Lamud, province of Luya, region Amazonas in Peru. South America..Here we will find 2-meter anthropomorphic wooden coffins located under a cliff. Mummies were placed inside each coffin. The Chachapopyas buried their dead in capsule-like tombs constructed of stone, wooden or cane poles and clay. Known locally as purunmachus (from the Quechua, purun wild and machu, old), the funerary statues lookout from cliffside perches overlooking the left bank of the Utcubamba River and several of its western tributaries. The scientific tests made by the investigators, show that the funeral monuments would have been constructed in the year 1460 AD (+/- 60 years)..A French-Peruvian team of archaeologists moreover discovered at least three human skulls inside a cavern in Chaquil, Chachapoyas 08 October, 2006. The discovering would be a proof of human sacrifice practices during the Chachapoyas culture, 800-1470 (AD) 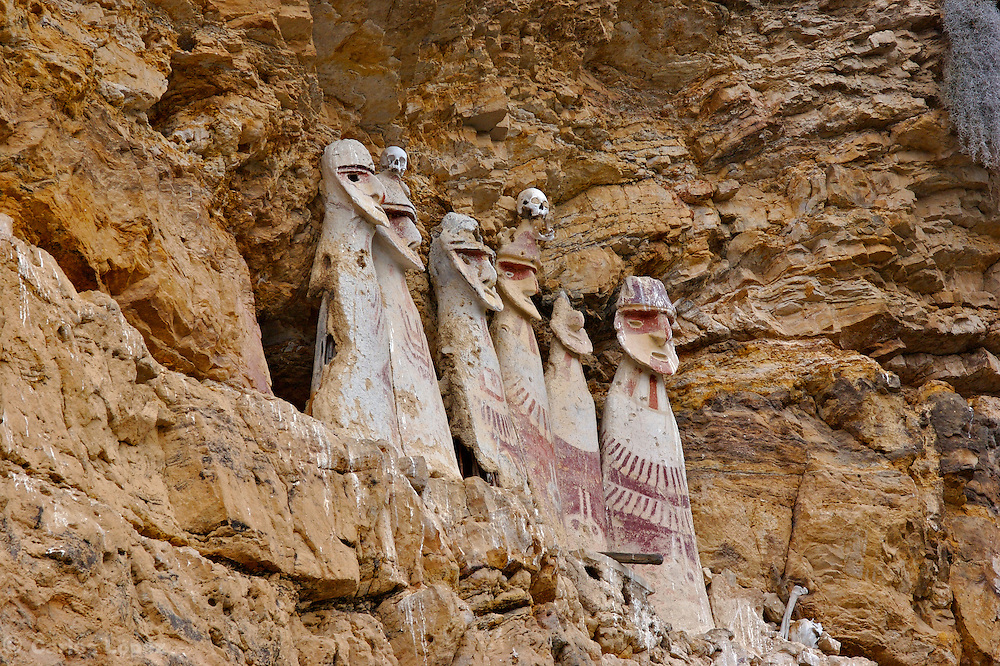